On 22 February 2022, exactly 60 years will have passed since the Druzhba crude oil pipeline was officially put into operation in the then Czechoslovakia. In 1962 it reached Bratislava, and in 1965 it was extended to Záluží u Mostu.

Up until 1989, this was the only crude oil pipeline used to transport up to 18 million tons of crude oil per year to Czechoslovakia from the former Soviet Union.

MERO ČR, a.s., has been managing the Druzhba crude oil pipeline in the Czech Republic since 1994. 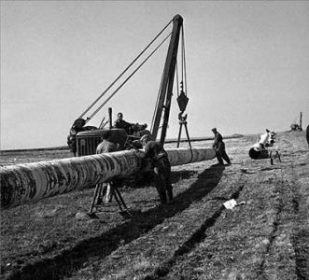