In 1962, it was led to Bratislava to what was then Czechoslovakia and in 1965 it was extended to Záluží u Mostu.

By 1989, the then Czechoslovakia imported up to 18 million tons of oil a year exclusively through this pipeline from the former Soviet Union.

Since 1994, the Družba oil pipeline has been administered on the Czech territory by MERO ČR, a.s. Twenty-five years ago, the pipeline was comprehensively modernized, and since then MERO ČR, a.s. has invested tens of millions of Czech Crowns per year in its maintenance. Thanks to this, the control and safety systems of the Druzhba oil pipeline are comparable to much younger oil pipelines. 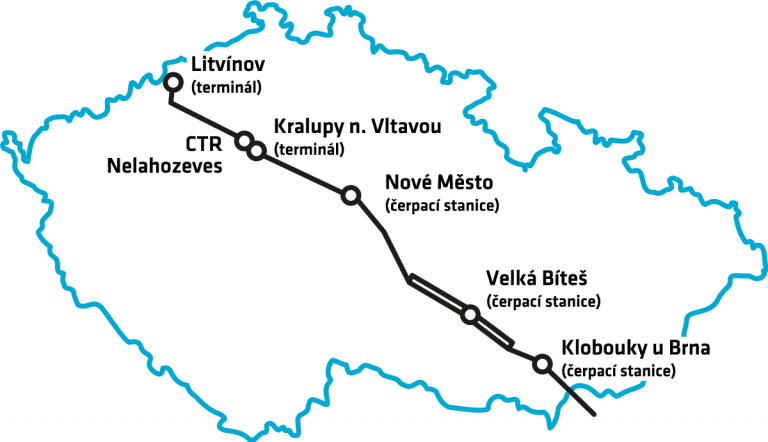