Kralupy nad Vltavou, 1 July 2020 – MERO ČR, a.s. has completed the construction of a new large-capacity storage tanks, which can hold up to 125 thousand m3 of oil. The new storage tank was built on the premises of the central oil tank farm, where sixteen above-ground storage tanks have been built over the years. With the successful completion of the seventeenth storage tank marked H13, the capacity of the tank farm increased to a total of 1,675,000 m3.

The need for a new storage tank arose from legislation on the protection of water resources, which requires regular inspections of the integrity of storage at least once every twenty years. Its construction began with the signing of a contract with the contractor, Metrostav, a.s., in November 2017. Thanks to the smooth implementation process, the storage tank was completed approximately six months earlier than originally planned. The total cost was 480.8 million CZK, and the construction was financed from the company’s own resources. After a long period of time, this was a more significant investment in infrastructure related to ensuring the energy security in the field of oil transportation and storage. 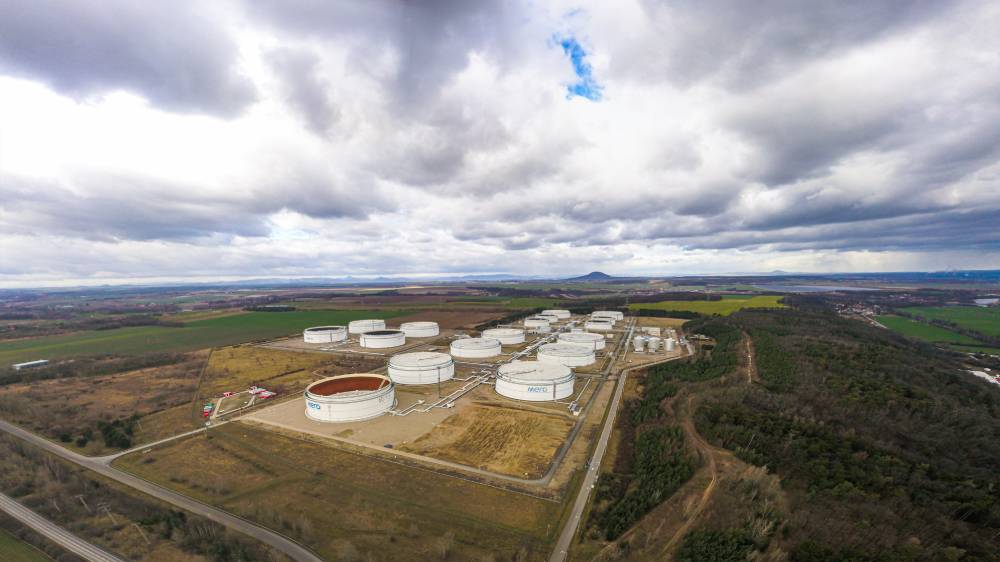 ensuring the energy security in the field of oil transportation and storage.

“The need for comprehensive inspections of storage tanks, which arises from the requirements of the Water Act, takes one of the tanks completely out of operation every year, for up to ten months. The new storage tank will ensure both the stability of the oil storage system and the flexibility of oil transportation, while also meeting the requirements of refineries to produce oil blends. The size of the existing area in which the central oil tank farm is built, provides sufficient potential for the possible construction of additional tanks in the future”, said Jaroslav Kocián, CEO of MERO ČR, a.s.